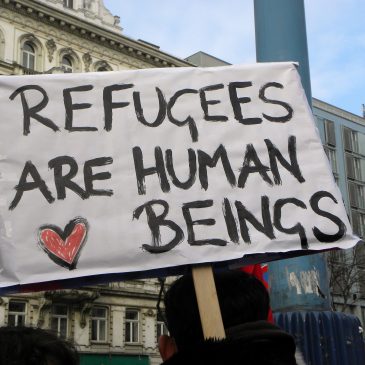 CESNUR’s Statement on Refugees Fleeing Religious Persecution   October 27, 2017 is the International Religious Freedom Day. CESNUR would like to seize this opportunity to call the attention of international organizations, governments, and religions on the dramatic situation of refugees seeking asylum for reasons of religious persecution. On October 23, 2017 we participated in a conference in Seoul, Korea, devoted to the dramatic situation of refugees fleeing from China escaping religious persecution there, including members of the Church of Almighty God, which is banned in China and whose devotees are systematically persecuted there. Most of them fail to obtain asylum in Korea and other countries, with a real risk of being returned to China, where they would be incarcerated or worse. Other religious groups and movements are in the same or similar situations. Public opinion in several countries sometimes is not able to distinguish between economic migrants and refugees. The distinction is clear in international conventions. In 2004, the United Nations High Commissioner for Refugees published guidelines on religion-based refugee claims. These guidelines clarify that new and non-traditional religions are entitled to the same protection as mainline religions; that individuals should not prove that they have been individually persecuted and a general pattern of persecution against their religious group is enough; and that “persecution” should be broadly interpreted, including prohibition to freely practice and propagate one’s religion. Decisions by several international courts have also specified that accusations that a religious movement is responsible of crimes are not per se ground to refuse the religion-based refugee claims of its members, unless they are individually responsible for the crimes and there is reasonable evidence that crimes are real rather than trumped up charges created to justify persecution. On International Religious Freedom Day 2017, CESNUR urges all international organizations, government, and religions to work for the protection of all religion-based refugees and the enforcement of the United Nations guidelines on religion-based refugee claims, including in the paradigmatic case of members of the Church of Almighty God fleeing China, as well as in other dramatic and urgent situations. Source：http://www.cesnur.org/2017/rel_freedom.htm 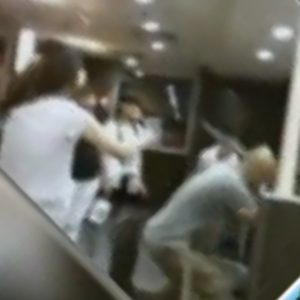 A press release of the Church of Almighty God October 14, 2017 The Church of Almighty God (CAG), also known as Eastern Lightning, is one of the religious groups most severely persecuted by the Chinese Communist government, and that for a long time. The Chinese Communist Party (CCP) itself does not deny the severity of its persecution of CAG, but maintains that it is justified by CAG’s criminal activities. In fact, these charges are mere CCP’s malicious fabrications and slanders. Among all the false accusations created by CCP, the most infamous one concerns the McDonald’s murder of May 28, 2014, in Zhaoyuan, Shandong Province, China. According to CCP’s official reports, on May 28, 2014, a man called Zhang Lidong and his five associates, who were having dinner in a McDonald’s in Zhaoyuan City, asked customers for their phone numbers for future proselytization purposes. One client, Wu Shuoyan, refused to supply her phone number and was beaten to death by Zhang and his accomplices. On the third day after the killing, the CCP swiftly attributed it to CAG, and this before any court had judged the case. Then, CCP conducted nationwide a repression and persecution of CAG, and at the same time of independent Chinese house churches, that was even more severe than before. Some overseas human rights activists and religionists successively published articles to condemn the CCP for its use of the McDonald’s murder as a pretext for a cruel campaign oppressing religious freedom (see e.g. http://www.hrichina.org/chs/zhong-guo-ren-quan-shuang-zhou-kan/xin-shu-yan-zhong-guo-dang-ju-he-ceng-zun-zhong-guo-zong-jiao-xin ; http://biweeklyarchive.hrichina.org/article/18374.html ） On August 21, 2014, the perpetrators were tried by the Intermediate People’s Court of Yantai in Shandong Province. At trial, Lü Yingchun, who was one of the two leaders of the group, clearly explained: “Zhang Fan [the other leader of the group] and I are the unique spokeswomen for the real ‘Almighty God.’ The government has been cracking down on the Almighty God that Zhao Weishan believes in [i.e. the Church of Almighty God, also known as Eastern Lightning], not the ‘Almighty God’ we mention. They are fake ‘Almighty God,’ while we are the real ‘Almighty God.’” Zhang Fan also stated, “I am God in substance. Lü Yingchun is also God in substance. The relationship between Lü Yingchun and I is two fleshly bodies sharing one soul. We are the substitute to each other.” “In the Almighty God organization, Lü Yingchun and I have the highest positions. We are ‘God … Continued 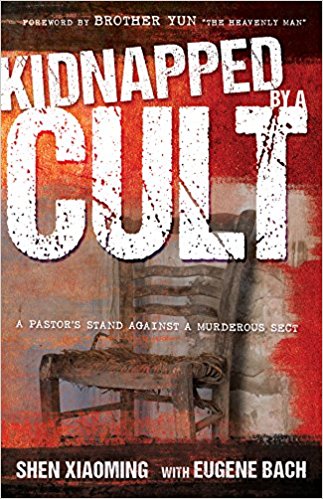 The Church of Almighty God October 18, 2017 Background The Church of Almighty God (CAG), also known as Eastern Lightning (EL), is one of the religious groups most severely persecuted by the Chinese Communist government. Chinese Communist Party (CCP) itself does not deny the severity of the persecution of CAG, but maintains that it is justified by CAG’s criminal activities, including a horrific case of homicide. But these are completely false accusations and mere slanders. CCP’s propaganda has been massive, and successful in persuading even some respected Western media that CAG killed a customer in a McDonald’s diner in Zhaoyuan, Shandong Province in 2014. The Zhaoyuan murder did indeed happen, but the crime, which we unreservedly condemn, was perpetrated by a different religious group and had no connection with our Church at all. This is also the conclusion all Western scholars who studied CAG came to, after examining documents and reports published not by CAG but by CCP-related Chinese official sources. Please refer to our press release on the incident: https://www.holyspiritspeaks.org/truth-emerges/ Since 2017, CCP has tried to mobilize influential voices of American and Western experts, scholars, journalists, and patriotic emigrant leaders to generate favorable media comments overseas. Within this context, it has utilized an old rumor about a kidnapping incident that was created by China Gospel Fellowship (CGF) early in 2002, in order to influence Westerners and justify its persecution of CAG. As for the kidnapping of CGF leaders and co-workers in 2002, those with discernment and knowledge of the actual state of religion in China would easily be able to see that the story is full of contradictions, and reach the conclusion that the incident is completely fabricated. CGF’s Story Readers ignoring the Chinese context and background may perhaps be impressed by the fact that reports about the alleged kidnapping appeared on the Websites of CGF and other groups connected with CGF while it was reportedly taking place, and they were later novelized in books, such as the ghost-written Kidnapped by a Cult. Moreover, some of the CGF leaders, i.e. the very persons who had a vested interest in inventing the kidnapping story, asked to be interviewed by Western journalists and others and repeated their fabricated version. All these circumstances would easily cause some to believe this one-sided story. However, just by paying a little more attention, they would be able to conclude that the reports are contradictory and … Continued